The ancient Greek philosophers Leucippus and Democritus believed that atoms existed, but they had no idea as to their nature. Centuries later, in 1803, the English chemist John Dalton, guided by the experimental fact that chemical elements cannot be decomposed chemically, was led to formulate his atomic theory. Dalton’s atomic theory was based on the assumption that atoms are tiny indivisible entities, with each chemical element consisting of its own characteristic atoms.

Modern View of the Atom

The atom is now known to consist of three primary particles: protons, neutrons, and electrons, which make up the atoms of all matter. A series of experimental facts established the validity of the model. Radioactivity played an important part. Marie Curie suggested, in 1899, that when atoms disintegrate, they contradict Dalton’s idea that atoms are indivisible. There must then be something smaller than the atom (subatomic particles) of which atoms were composed.

Long before that, Michael Faraday’s electrolysis experiments and laws suggested that, just as an atom is the fundamental particle of an element, a fundamental particle for electricity must exist. The “particle” of electricity was given the name electron. Experiments with cathode-ray tubes, conducted by the British physicist Joseph John Thomson, proved the existence of the electron and obtained the charge-to-mass ratio for it. The experiments suggested that electrons are present in all kinds of matter and that they presumably exist in all atoms of all elements. Efforts were then turned to measuring the charge on the electron, and these were eventually successful by the American physicist Robert Andrews Millikan through the famous oil drop experiment.

The study of the so-called canal rays by the German physicist Eugen Goldstein, observed in a special cathode-ray tube with a perforated cathode, let to the recognition in 1902 that these rays were positively charged particles ( protons ). Finally, years later in 1932 the British physicist James Chadwick discovered another particle in the nucleus that had no charge, and for this reason was named neutron.

The colorful lights of fireworks are emitted by “excited” atoms; that is, by atoms that have absorbed extra energy. Light consists of electromagnetic waves, each (monochromatic) color with a characteristic wavelength λ and frequency v. Frequency is related to energy E through the famous Planck equation, E = hν , where h is Planck’s constant (6.6256 x 10 −34 J s). Note that white light, such as sunlight, is a mixture of light of all colors, so it does not have a characteristic wavelength. For this reason we say that white light has a “continuous spectrum.” On the other hand, excited atoms emit a “line spectrum” consisting of a set of monochromatic visible radiations.

Each element has a characteristic line spectrum that can be used to identify the element. Note that line emission spectra can also be obtained by heating a salt of a metal with a flame. For instance, common salt (sodium chloride) provides a strong yellow light to the flame coming from excited sodium, while copper salts emit a blue-green light and lithium salts a red light. The colors of fireworks are due to this phenomenon.

Scientists in the late nineteenth century tried to quantify the line spectra of the elements. In 1885 the Swedish school teacher Johann Balmer discovered a series of lines in the visible spectrum of hydrogen, the wavelengths of which could be related with a simple equation:

in which λ is wavelength, k is constant, a = 2, and b = 3, 4, 5, … This group of lines was called the Balmer series. For the red line b = 3, for the green line b = 4, and for the blue line b = 5. Similar series were further discovered: in the infrared region, the Paschen series (with a = 3 and b = 4, 5 … in the above equation), and much later in the ultraviolet region, the Lyman series (with a = 1 and b = 2, 3 …). In 1896 the Swedish spectroscopist Johannes Rydberg developed a general equation that allowed the calculation of the wavelength of the red, green, and blue lines in the atomic spectrum of hydrogen: 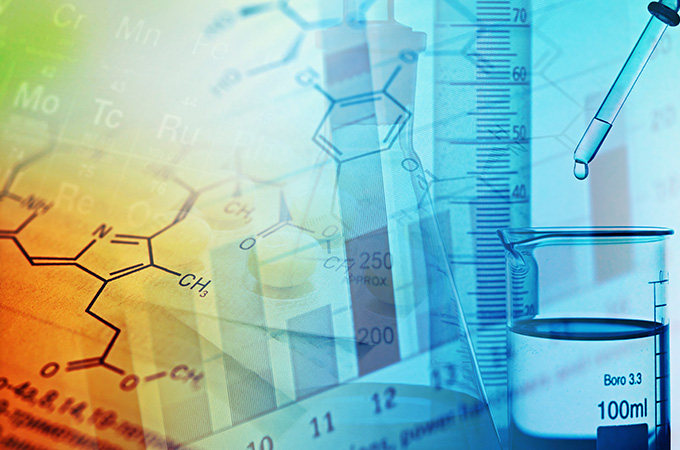 What is the Chemistry